Worried about how to travel into and out of Rome from Fiumicino or Ciampino airport? 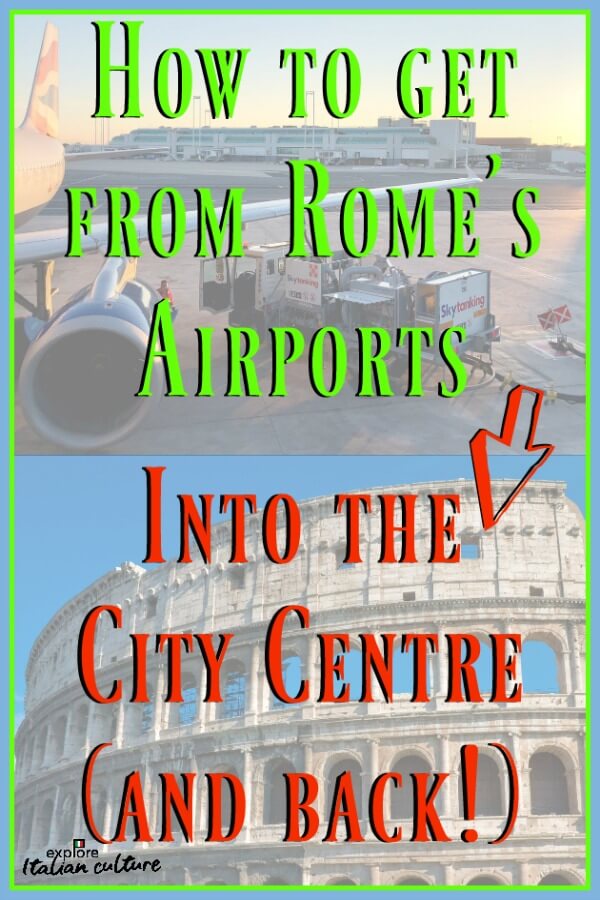 Don't be! Here are five budget-conscious, safe, reliable options to help you decide which method of transport is best for you and your family.

Both Rome's airports are outside the city by some way.

Fiumicino, officially named the Aeroporto di Leonardo da Vinci, is the largest. It is the international airport into and out of which all flights from the United States go. It lies 16 miles south-west of Rome, about ten minutes by car from the coast.

Ciampino is just off the main ring road 12 miles south-east of the city and services largely the European low-cost airlines.

So whichever you're flying into, you'll need to travel into (and out of!) the city.

Knowing how to do that can be a bit of a maze, especially if you're new to Rome. But there are options to suit every circumstance and every budget.

This page will help you decide on the best route for you and your family to get you from the airports quickly, safely and with the minimum of hassle.

There's a lot of information here, covering both of Rome's airports, so it's quite long.

To help you get to where you want to be quickly, use the links in the box below.

1. By coach from Fiumicino or Ciampino airport to and from Rome.

Several companies run coaches / buses between Fiumicino and Ciampino and the city centre. The airports are more or less equidistant from the city so they all take around an hour, depending on the time of day and traffic. All the companies charge about the same.

Tickets can be bought online (the quickest and most convenient) or at the airport. There are booths opposite the gates from security in the arrivals hall. In Rome you can buy from the office at Termini station.

The most well known company is Terravision.  They are slightly cheaper if you book online (see below), which also prevents you having to stand in the inevitable lengthy queue (line) once you're through security and customs.

There's no booking fee, and you can take luggage in the hold. Furthermore, if your travel dates change, you're able to amend your dates - a definite advantage over other companies. 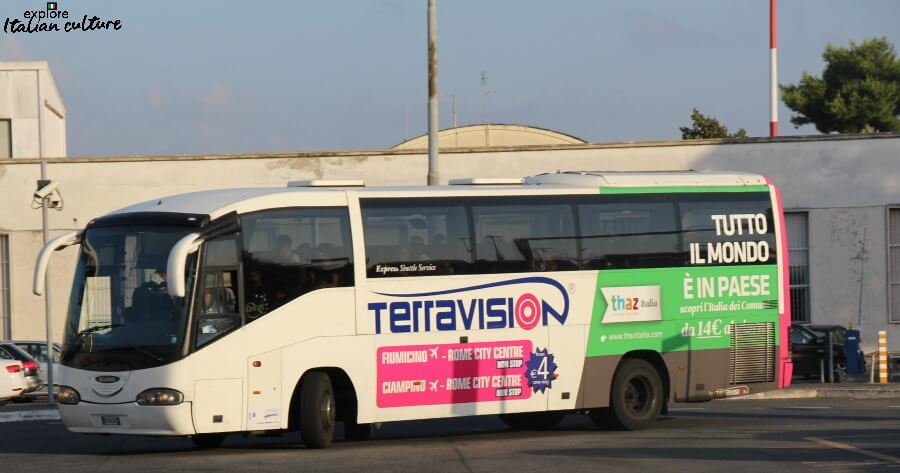 Terravision coaches (from both Fiumicino and Ciampino) run roughly every 30 minutes, but although there's a schedule they tend to leave only when full. The stand is immediately outside the terminal building at both airports - look for the unmistakable white coach with pink and blue markings (see pic above).

The coaches drop off and pick up at exactly the same place outside Termini railway station on Via Giolitti 38.

Below for your convenience are links from which, if you click through and buy, we will earn a small commission (at no cost to you). We are partners with and recommend Terravision because our experience over many years has been that they're the most efficient. Recently, they have upgraded their coaches, so they provide a comfortable ride.

It's the company we use ourselves to travel into and out of Rome.

Click the banner to book to and from Fiumicino airport.

Click the banner to book to and from Ciampino airport.

2(a).  From Fiumicino airport by local train.

Local trains run between Fiumicino airport railway station (directly opposite Terminal 3, next to car park 'C') and various railway stations in the city.

Despite the fun often made of the Italian rail network, in our experience and that of a lot of people we've helped to travel by train, it's excellent. Trains generally run on time with surprising efficiency.

In the photo below, note the ticket-punching machine at both sides of the platform.   If you buy tickets at the station they must be validated by putting them into this machine - otherwise you may be fined. Tickets bought online don't need to be validated. 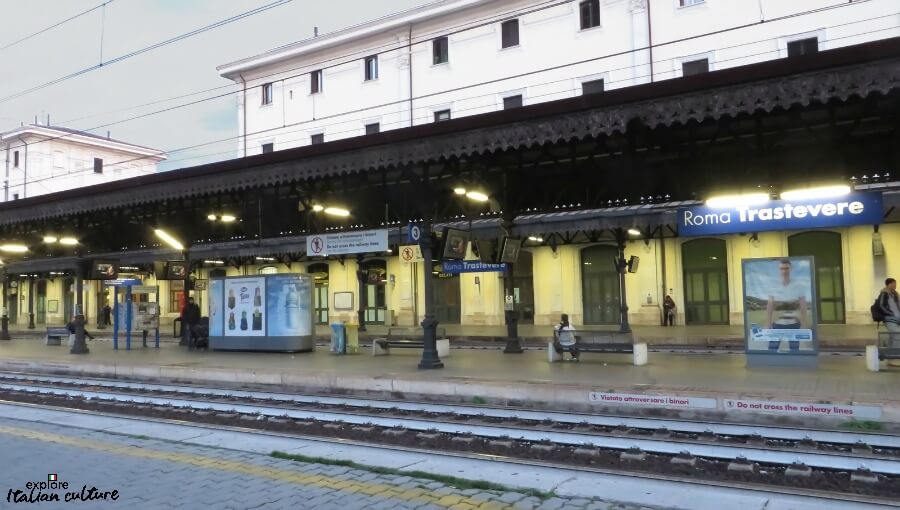 2(b).  From Ciampino airport by local train.

Unlike Fiumicino, Ciampino does not have a railway station onsite at the airport. You'd need to travel by shuttle bus from the airport to the station at Ciampino Città (Ciampino town), which takes between 5 and 10 minutes depending on traffic.

The bus leaves from both the airport and the station every 30 minutes. You'll find the shuttle stop directly in front of the airport arrivals hall at stand number 2.

From there, the train leaves for either Termini station in the centre of Rome, or Tiburtina on the outskirts, every 15 minutes. The journey takes around 15 minutes.

3.  The 'Leonardo Express' from Fiumicino airport.

Please note : This is an option from and to Fiumicino airport only.

This is a high-speed train travelling non-stop between the train station on site at Fiumicino airport and Termini station in the centre of Rome. It runs every thirty minutes and the journey takes around thirty minutes. 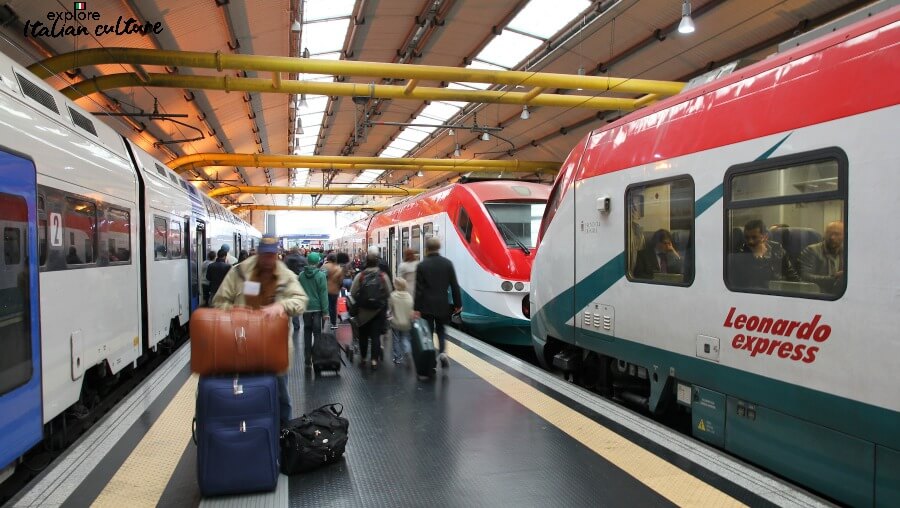 The unmissable livery of the Leonardo Express at Fiumicino airport railway station. 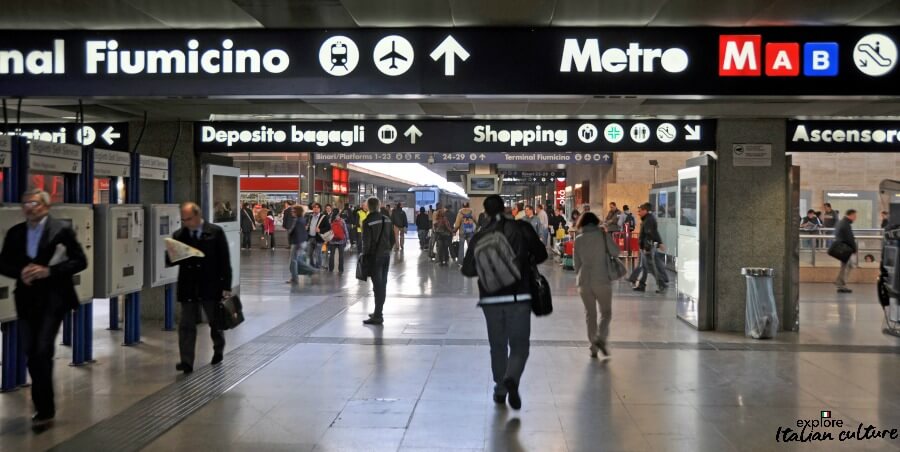 4.  Using licensed City of Rome taxis to travel from airport to city.

Be very careful with this. As soon as you set foot outside the security area in either airport you'll find dozens of people hassling you, asking if you want a taxi into Rome. If you're tired and flustered it can be tempting to let them whisk you away but our very strong advice is ...

Ignore them! These are not official taxis and you will almost certainly find yourself being well and truly ripped off. 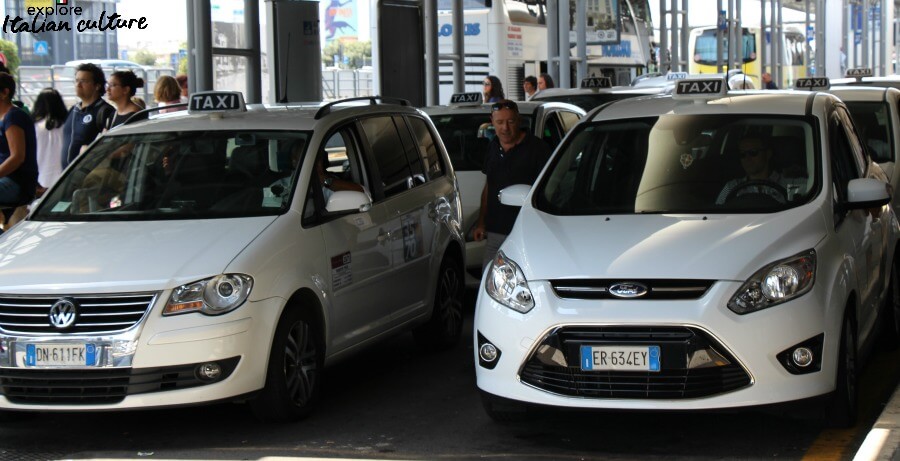 Look for the official taxi rank - this one is outside Terminal 2 at Fiumicino airport.

Instead, head outside the terminal building (whether you're flying into Fiumicino or Ciampino) and look for the taxi rank ahead of you.

You can recognise the properly licensed Rome taxis by their colour - they're all white - and by the official license badge on the door, underneath which should be the official set rate for both airports.

The prices for transfers to and from the airports is fixed by the 'Comune' or Town Hall of the City of Rome, including bags and as many people as can fit in.

This fare is to "within the city walls" (including Trastevere and the Vatican area) which most hotels are. 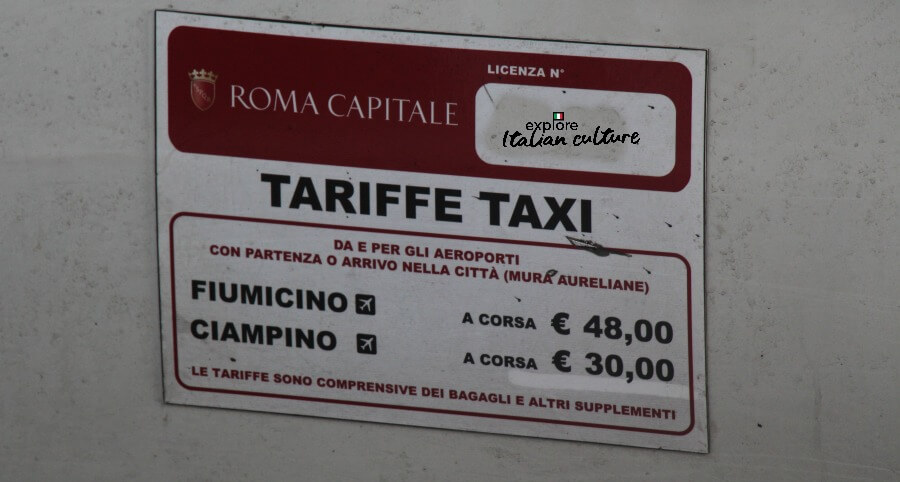 An official City of Rome taxi showing rates to and from the airports.

Even so, it's not unknown for a few rogue licensed taxi drivers to pull a fast one on unsuspecting tourists.

You shouldn't have to, but our advice is always to check the price of the journey with the driver before you get in the cab, and always pay before you get out.

If they tell you that's the rate per person, walk away. It's the price for a cab.

Make sure that, as you produce your Euro notes to pay at the end of your journey, you count them into the driver's hand. On one of our very early trips to Rome, we were ripped off by giving a driver €100 and receiving change for €50 because we didn't do that.

At first glance it might seem that this is going to be very expensive but check the comparative costs, particularly if you're a party of four or more.

There are several ways of doing this. You can ask your hotel to book you a car, both from and back to the airport. Some hotels have their own shuttle service, although it's usually expensive.

Or you can book online in advance - this is a link from which we get a small commission if you click through and buy. We provide it because it's the way we have chosen to book a private car, particularly for guests coming off a transatlantic flight. From $15 per person, it's a real bargain.

These cars may be entirely private - just for your own party - or a less expensive option is a shared mini-van which will take around ten passengers and drop off to different hotels along its route. 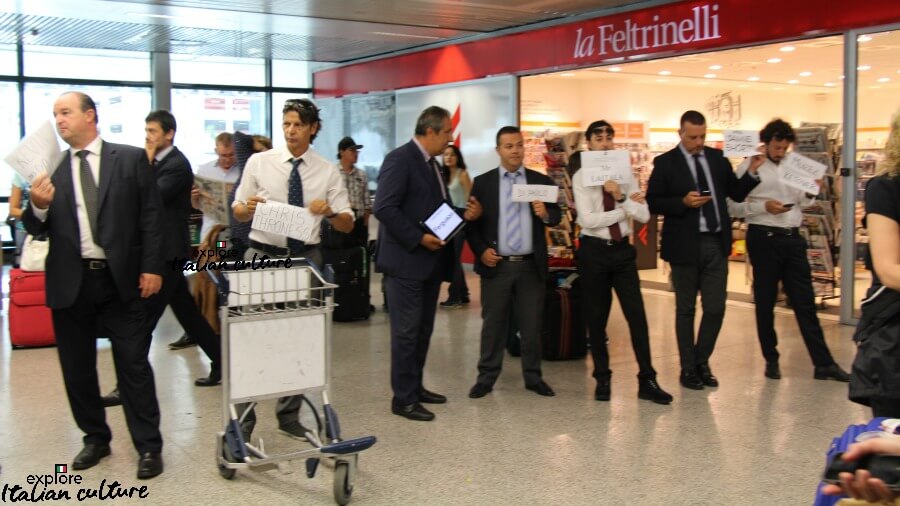 Thinking of private transfer from one of Rome's airports to your hotel?

A note about car hire. 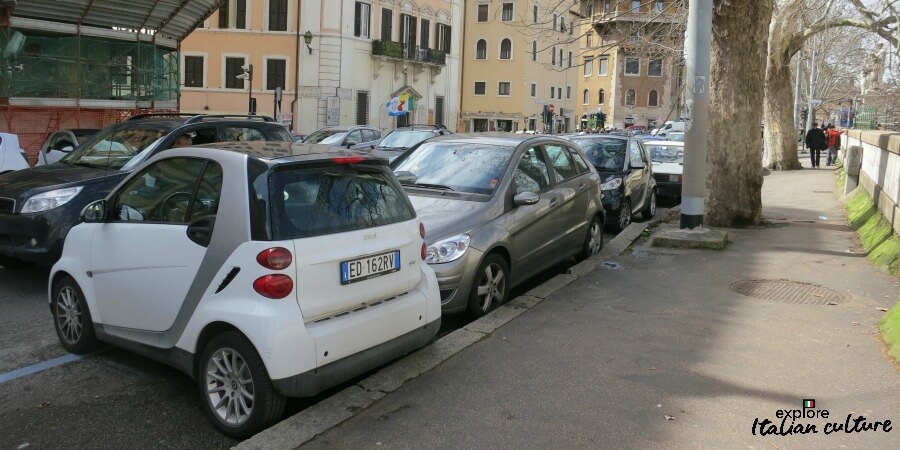 A fairly typical car parking scene in Rome - if it won't fit one way, try another!

Planning a trip to Rome? Here are some other pages you'll find helpful. 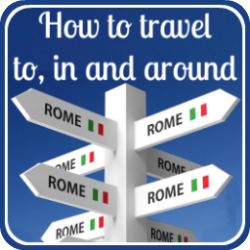