When is Mardi Gras in Italy?

"When is Mardi Gras?" is a frequent question but not simple to answer.

We give you the dates for  Mardi Gras (or ‘Carnevale’) in Italy - a hugely  popular part of Italian culture and customs.

Is Mardi Gras the same as ‘Carnevale’?

Yes it is - Carnevale is the Italian equivalent of Mardi Gras.

So - when is Mardi Gras?

We do need to distinguish between the day of ‘Mardi Gras’ itself, and the festival of Carnevale which is one of the most widely celebrated of Italian culture and customs.

The date for ‘Mardi Gras’ - literally ‘Fat Tuesday’ - itself is the same all over the world. It is the Tuesday immediately before Ash Wednesday, the first day of Lent - which is set yearly according to when Easter falls. 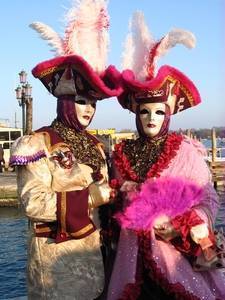 And when is Mardi Gras - or ‘Carnevale’ - in Italy?

Celebrations are a great part of Italian culture and customs. People are always ready for a party - and when they celebrate, they celebrate hard and long!

So, not satisfied with just the one day of celebrations for Carnevale, cities, towns and villages all over Italy turn it into an event lasting several days or even weeks.  It always ends on ‘Mardi Gras’ itself, but it can begin as early as the Epiphany - January 6th.

In Italy, Carnevale has official dates and unofficial dates.  Small towns may decide to start their celebrations earlier or later than the ‘official’ dates and, other than being there, there is really no way of knowing when that will be. 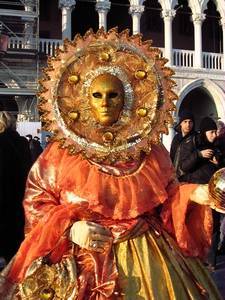 Why is it important to know when Mardi Gras is?

If you want to spend any time at Carnevale in one of the well-known areas of celebration - Venice being the obvious favourite but Rome and Ivrea  coming a close second - you’ll need to book your hotel well in advance.

The closer the time comes, the more expensive everything becomes.  Booking a year in advance is about right.

So don’t lose out! - Make sure you book your trip to Venice well in advance if you want to take part in the once-in-a-lifetime experience of seeing Carnevale!

To see some of the best Carnevale costumes in Venice, have a look at the Florian Café in Venice.

Looking for a hotel right in the thick of Carnevale?  The Hotel Danieli in the heart of Venice, Italy, is not cheap - but it is an experience never forgotten!