Ancient Rome, clothing and the groom in Italian culture. 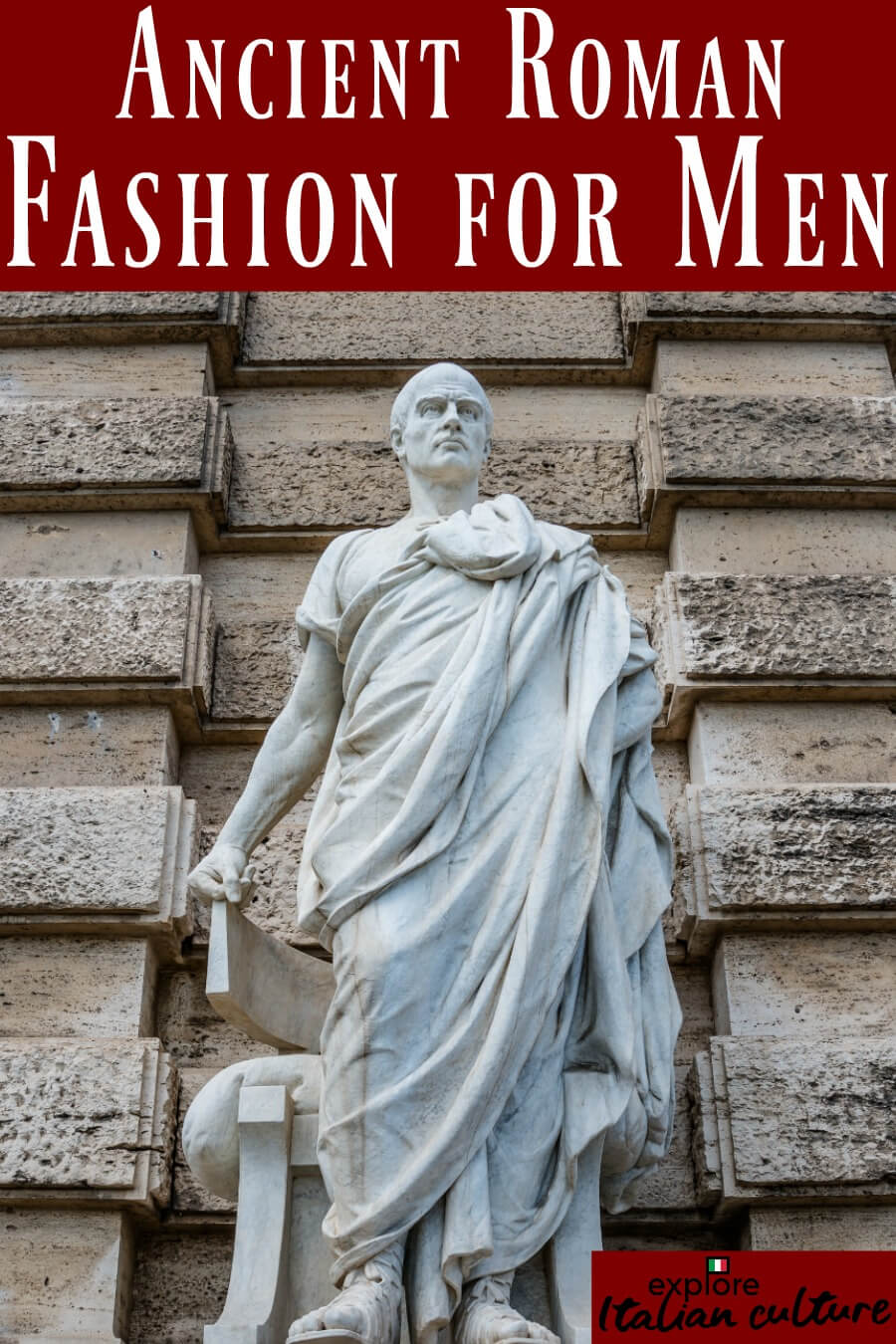 Wedding etiquette for the groom at ancient Roman weddings was not as clear-cut as for the bride.

But we can glean some pieces of information from historical documents, carvings and pictures. Here's what we know about clothing for the groom in the days of the Roman Empire, and how that has translated into traditions for the modern Italian husband-to-be.

Modern weddings may have seen bridegrooms take a more active part in planning the day than was the case a generation ago, but even so preparations and details still  tend to fall to the bride, usually with advice and help from her mother and bridesmaids.

Ancient Roman weddings were no different. Having provided the engagement ring and partied with friends the night before, the groom's only real task was to turn up on the day wearing his best toga.

In fact, if he was too hung over to be able to get there in person, the wedding could proceed with just a letter from him - witnessed, signed and sealed - giving his vows in writing.

So the groom in ancient culture was fairly dispensable as far as the wedding was concerned.

Was there any sense of culture or traditions for the groom?

For the bride in ancient Rome there were some quite formal rituals to be carried out on her wedding day.

Wedding etiquette for the groom, however, was far more flexible. He got away with not having to do very much at all. There is nothing to suggest that any formal preparations or rituals took place for the man of the moment.

Young boys in ancient Rome wore a 'bulla' on a chain around the neck. It was a kind of locket, a special amulet the purpose of which was to ward off evil spirits.

Marriage signified manhood. Although women often marry very young, it was not unusual for the man to be twice her age. And as a man, he was expected to have more adult means of warding off spirits and ensuring good fortune.

So if he had not done so before, on his wedding day the bulla would be taken away from him and given back to his parents.

End of preparations for the bridegroom!

Ancient Rome, clothing and the groom.

Ancient Roman fashion for brides was very specific; just like the brides of today a great deal of planning went into her outfit.

Certainly in the early days of ancient Rome, all writings and sculptures suggest there was no expectation that clothing for the groom had to be anything special. It was considered impolite for him to turn up untidy, but that was about it.

But contact with the Greeks later gave Romans a taste for beauty which was expressed in the grace of their robes. So it's quite likely that, although he didn't have to, the groom in ancient Rome would have made some effort to look good.

That sense of fashion has lasted to this day in the form of the male "bella figura" in the culture of modern day Italy.

Originally worn by the Etruscans, the toga was initially no more than a rectangular blanket of undyed wool thrown over the shoulder and used for warmth.

But the Romans' growing sense of style turned it into a status symbol and a fashion icon. They made it semi-circular, lengthened it to about twenty feet (six metres), dyed it and decorated it.

It became the single most important piece of ancient Rome clothing for men. It may have been massive and bulky, but it was also dignified and graceful.

A sign of Roman citizenship, no Roman of any standing would ever appear at an important function wearing anything else.

It is likely that the 'toga praetexta' was worn at ancient Roman weddings in preference to the 'toga virilis'. The 'virilis' was the everyday, white, undecorated toga worn by all men over the age of about sixteen.

The 'toga praetexta', which has a border of dark red, was normally worn only by important figures: magistrates, Consuls and Emperors.

But it was also worn on formal ceremonial occasions, and it's likely to have been the main piece of clothing for the bridegroom.

Grooms at ancient Roman weddings did not wear any accessories. Whereas fashion for the bride included a veil, head-dress and bouquet, the groom wore no such adornments.

Wedding rings in ancient Rome did not exist. Although engagement ring tradition dictated that the bride wore a ring, it was not a symbol of love or partnership, but a symbol of ownership of the woman by the man. For that reason, wedding etiquette for the groom did not include rings.

At best, men could make sure that they wore a good quality sandal. But then, shoes have always been important to Italians!

How does ancient wedding etiquette for the groom fit with current  Italian traditions?

For men, there aren't many of the traditions of ancient Roman weddings that translate into modern day wedding etiquette. Times have changed...

The males of ancient Rome had it easy in terms of their wedding. The younger generations of Italian men now play a much greater part in the planning than ever before. And unlike their predecessors, they do tend to wear a wedding ring.

If you want to add  in some male-centered traditions taken from Italian culture for your own wedding, there are parallels. Wearing a toga is not likely to be one of them, unless you're planning to re-create an authentic ancient wedding!

So - what should you be thinking about? Here are our suggestions  :

Traditions of other cultures - the top hat and tails of England, the tuxedo of America - aren't popular in Italy.

But Italian men do wear a well-cut, Italian suit and an Italian silk tie or cravat for their wedding day, or as a wedding guest. For grooms, groomsmen and the father of the bride, quite a lot of time and money will be spent choosing it.

The groom's wedding suit is the modern equivalent of the 'toga praetexta'!

Italian shoes are an important part of everyday Italian culture and wedding etiquette for the groom. They're not as expensive as you might think. So make sure your groom treats himself to a pair!

Take a look at some other pages about ancient Rome and how it impacts on modern day Italian culture. 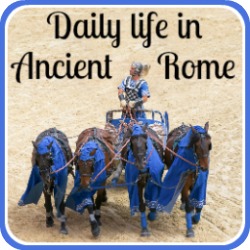