Engagement ring tradition and its place in
Italian culture. 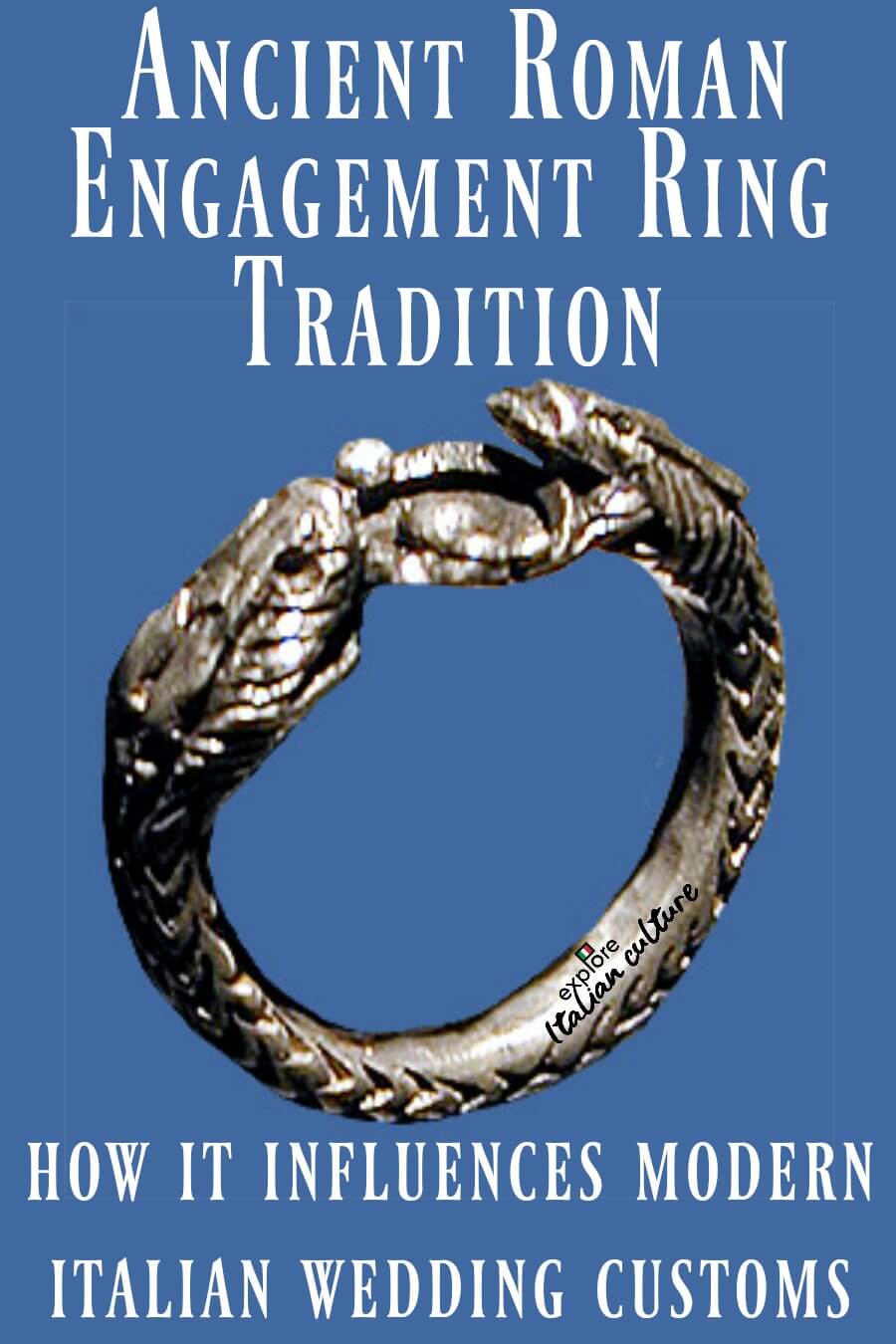 Did you know that the engagement ring tradition of Italian and other cultures began in ancient Roman times?

So if you want to reflect your Italian heritage in your plans for your marriage, here's where to begin.

We researched this information when we were planning our own Italian wedding. It's taken from academic studies about ancient Rome, and from our knowledge of engagements and weddings learned from Italian friends.

So you can be sure it's accurate.

The tradition of engagement rings began in ancient wedding culture but had nothing to do with either bridal fashion or love.

The groom gave a ring to his bride-to-be as a public mark that a formal contract of engagement had been made between the two families.

Once given, the promise to marry became legally binding. Engagement traditions meant that, from this point on, only death was an acceptable reason for not continuing to marriage.

So the ring was not so much a decoration, but a very plain band made not of gold but of iron - a symbol of the lasting and unbreakable contract.

It was also a public sign that the woman was about to pass from the ownership of one man - her father - to another - her husband.

For that reason, men did not wear any form of engagement or wedding band.

How does that translate into modern Italian culture traditions? Bridegrooms in Italy often carry a small piece of iron in their pocket to symbolise the strength of the couple's commitment to each other.

In other countries the bride is given a horseshoe which, although traditionally signifying good luck, is also an iron symbol of strength.

But these days, it tends to be made of card.

This time they symbolised not just strength but the groom's faith in his bride-to-be: she could be trusted with his wealth.

Here, ancient Italian culture traditions were closer to modern times. Rings were now a symbol of a promise to marry and an expression of trust.

But where was love in all of this?

The engagement traditions of 'fede' rings.

No doubt experimenting with their goldsmith craft, the ancient Romans then developed from a simple band to a more elaborate design of a gold signet design showing hands clasped, or a couple entwined.

They named this the 'Concordia' or harmony ring, but the design also became known as the 'fede' ring.

So the symbolism was broadened yet again and 'engagement' rings  now spoke of strength, a promise to marry, trust, harmony and 'fede', meaning a pledge of love.

In Italy today 'fede' is what a wedding band is called.

On top of that, rings were now worn on the third finger of the left hand. In this, ancient Roman culture followed the Egyptian belief that from that finger ran the "nerve of love" directly to the heart.

At last, the engagement ring spoke of love.

The 'fede' is still very much a part of Italian engagement ring tradition, particularly in the northern regions where it appears as either two clasped hands or two hands holding a heart.

It's used as either an engagement or wedding band and is popular in both silver and gold.

Not just in Italy either; the famous Irish version of 'fede' rings is the Claddagh, taken directly from ancient Roman culture: two hands, holding a heart, topped with a crown symbolising loyalty.

The Claddagh has become very popular as a wedding or engagement pledge, and a friendship, or loyalty, ring.

The ancient Romans loved diamonds. They endowed them with romantic powers, believing they were splinters from falling stars that tipped the arrows of Eros, the god of love.

But despite that, and despite having free access to gems from all parts of the Roman Empire, the tradition of having a diamond in engagement rings did not originate in ancient Roman culture.

The diamond engagement ring as we know it was not seen until the Italy of the 1400s.

But once they discovered the beauty of diamonds in rings, Italian jewelry manufacturers embraced diamonds enthusiastically in both engagement and wedding rings.

Modern Italian engagement rings now feature diamonds in a variety of settings, and Italian wedding rings are also often diamond set with a single stone for a man and a circle of stones, signifying eternal love, for the bride's band.

As for ancient Roman wedding rings, they did not exist as a separate item.

The engagement band was worn by the woman as a sign of her betrothal and, later, her status as a wife. No other ring was exchanged at an ancient Roman wedding.

So, what should you be thinking about if you want to use some of the traditions of ancient Roman engagement traditions in your own ceremony?

Here are some suggestions:

Use a 'fede' or Claddagh as your engagement ring. If you opt for the heart shape, make sure you wear it with the heart's point turned inwards towards your body. This symbolises that your heart is taken.

It is part of Italian cultural traditions that, if the man's family owns a particular ring they leave it to their eldest son. He will then give it to his fiancée as a symbol, not just of love, but signifying a welcome into her new family.

So don't be offended if you're given a family heirloom as an engagement or wedding ring.

It is customary in Italy to engrave the date of the marriage inside wedding rings, adding the bride’s name inside the groom’s, and his name inside hers. 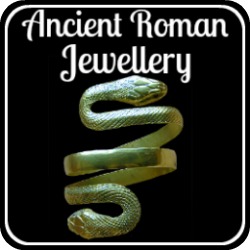