Valentine's day history and the culture of Italy.

How Valentine's day history and traditions have influenced present day Italian culture - and how they can guide your own engagement traditions.

The history of Valentine's day in the culture of ancient Italy

Did it all start with St Valentine? : No - it began about eight hundred years before St Valentine was born. Valentine's day history has its roots in ancient Roman culture when Juno Februtis, god of purification and fertility, was worshipped on 15 February. 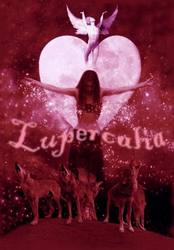 The feast of Lupercalia was also celebrated on February 15th and was a very popular feast believed to bring purification and fertility on the city of Rome.

It celebrated the end of the old year (February being the last month in the ancient Roman calendar), the coming of Spring and the start of the growth of crops.

Some commentators on engagement traditions maintain that on the eve of 'Lupercalia' - February 14th - the names of young Roman women were drawn from an urn by young men, and became 'betrothed' for at least the following year.  Some, though by no means all, of those unions later became marriages.

So modern Valentine's day traditions related to becoming 'engaged' on 14th February seem to go back as far as the culture of ancient Roman weddings.

The rise of Christianity meant that Christian leaders weren't keen on keeping 'pagan' traditions - but nor did they want to alienate the Roman population.

So the feast of 'Lupercalia'  was re-defined as a Christian festival of love, re-dated to the eve of 'Lupercalia' - 14th February - and dedicated to a third century Roman martyr, executed on 14th February and subsequently to become a saint - Valentine (or, to give him his rightful name, San Valentino).

And so our present Saint Valentine's day traditions were born. 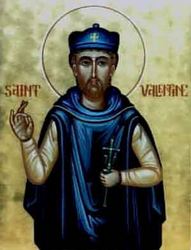 Which St Valentine?  :  There were at least three possible St Valentines.  One, who lived and died in Africa, is largely discounted and historians think the remaining two were actually the same person  :  Valentine of Terni (Umbria); and Valentine of Rome.

Why St Valentine?  :  In the third century A.D., the Emperor Claudius II decided that single men made better soldiers - so he banned marriage for young men of fighting age.

A young priest called Valentine, realizing the injustice of the decree, continued to marry young lovers in secret. When his defiance of the Emperor was uncovered he was imprisoned and sentenced to death.

But he wasn't finished yet. Whilst in prison he became friends with one of his jailers, who had a daughter unable to see.  In an act later defined as a miracle, St Valentine restored her sight and his jailer converted to Christianity.

Still that's not the end of the story. For the day before his execution Valentine wrote a letter to the daughter, expressing his regard for both her and her father. He signed it "Your Valentine".

And so the Valentine's day traditions of letter-writing and, in the eighteenth century, sending cards, were born and have remained part of the culture of Italy ever since.

Executed on 14th February, 270 A.D., Valentine was buried on the Via Flaminia, part-way between Rome and Terni.  He was later exhumed and his body is now claimed by various places. 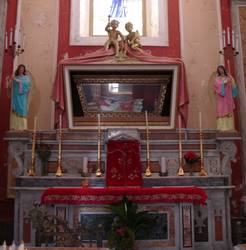 Terni, where the saint is said to have come from, claims to have his body beneath the main altar in its Basilica,  and the church is the site of pilgrimage for many.

Rome, where he was originally buried, is said to have his skull in the Basilica of Santa Maria Cosmedin.

However, the church of St Valentin at Jumièges in France also lays claim to the skull.

And both the Basilica of Palmoli, Abruzzo, where he has been patron saint since 1736, and a Carmelite monastery in Dublin, Ireland, also claim to have the saint's mortal remains.

Valentine's day history : what does it add to the culture of Italy?

Engagement traditions :  if you're interested in being true to your Italian roots, or if you just love Italy and want to incorporate Valentine's day traditions into your engagement and wedding celebrations, you'll do as the ancient Romans did and become engaged on 14th February.

Write a letter  :  follow St Valentine's example and give your Valentine one of the most romantic homemade Valentine gifts  of all - a handwritten letter.  It doesn't need to be long or use fancy language - make it personal and write from the heart.

Letter-writing is still part of the culture of Italy and of creative ideas for Valentine's day in Verona. It's also reflected in Valentine's day tradition in Liguria, Italy.

Speak Italian :  If you want to add a really personal Italian touch either in writing or in words, use our Italian love phrases to express your feelings in a way only the Italian language can.

Go there! All the places claiming to have various parts of St Valentine have celebrations on Valentine's day.   The saint's 'remains' are generally displayed on the main altar and sometimes paraded in the streets.  It's a great way of participating in Valentine's day history and the culture of Italy at the same time.

Valentine's day traditions in Liguria, Italy, are some of the most interesting and if you're looking for creative ideas for Valentine's day,  Verona - the Italy home of 'Romeo and Juliet' - is an ideal destination.

Need some inspiration for Italian-themed Valentine's day gifts?
Our Italian e-store has just the thing!